At my day job I’ve been tasked with improving our webapp testing strategy. This need came about after a bug was introduced in one of our webapps and not picked up by our current testing process. The bug was related to inconsistencies in the implementation of the Javascript date API between iOS Safari and Android Chrome browsers.

We currently employ a (pretty loose) TDD workflow for our Backbone webapps. Writing our specs with Jasmine and using Grunt as our task runner. This is all integrated into our Jenkins CI. The Jasmin specs are all run though an instance of Phantom in Jenkins via the (one of many) grunt task(s) when we push our code up and release though Jenkins. The build either passes or fails.

From investigating all the various options and frameworks, all signs pointed to Karma. Karma would give us:

It was a fairly painless process to set Karma up using the official docs and get my tests running on the browsers on my dev environment (Safari, Chrome, Canary, Firefox, Phantom) and there are plenty of resources online for this so I won’t go into this here. What I did have issues with, especially with the lack of resources online, was running my specs on mobile devices.

I came across an iOS launcher plugin that had looked promising to get me going with iOS Safari but it’s not been touched by the developer in a couple of years and after a bit of experimentation discovered that doesn’t appear to work with node versions > 0.10. At the time of writing, I’m working with 0.12.

More research led me to Selenium, a browser automator. From there, I came across Appium which uses the same WebDriver protocol as Selenium but also enables you to automate mobile browsers. Download the Appium desktop app here

To interact with Appium, there is the Karma webdriver launcher (npm install karma-webdriver-launcher).

The idea is pretty simple (but the config is a little fiddly):

Karma will launch the browers to localhost:9876 (or whatever other port you set it to) so if running your Karma instance on a different machine to your test machine, you will want to let your emulated browsers where to go to run the tests. Obviously localhost on the test machine is of no use if localhost there doesn’t have your Karma instance. You can simply do this by specifying the hostname in your karma.conf.js. ie:

You will need to declare your custom launchers for your emulators too. In my case, this looks like this:

webdriverConfig just contains the IP and port of the Appium server. In my case:

Here is my complete karma.conf.js: 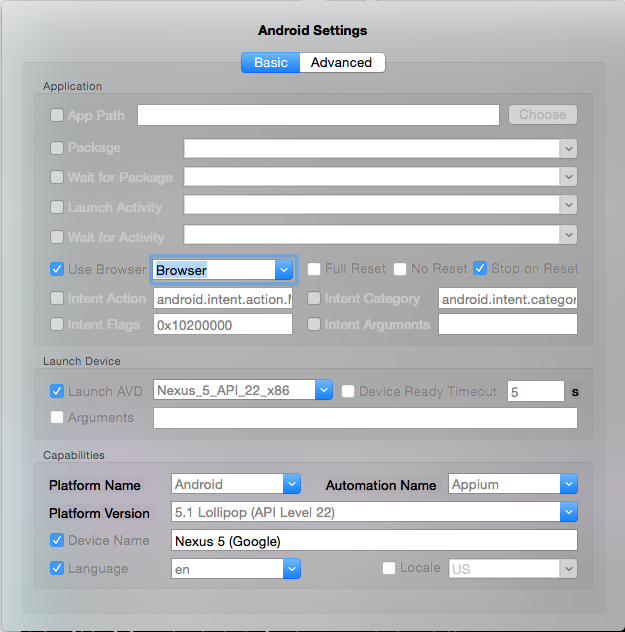 You can get the device name and platform version of your installed AVDs with the command:

This will give you something that looks like this: 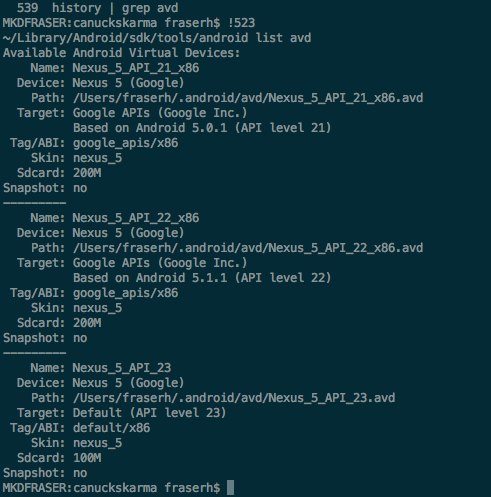 Nothing changed in advanced settings except you must put in your Android SDK path so Appium knows where to find the SDK. 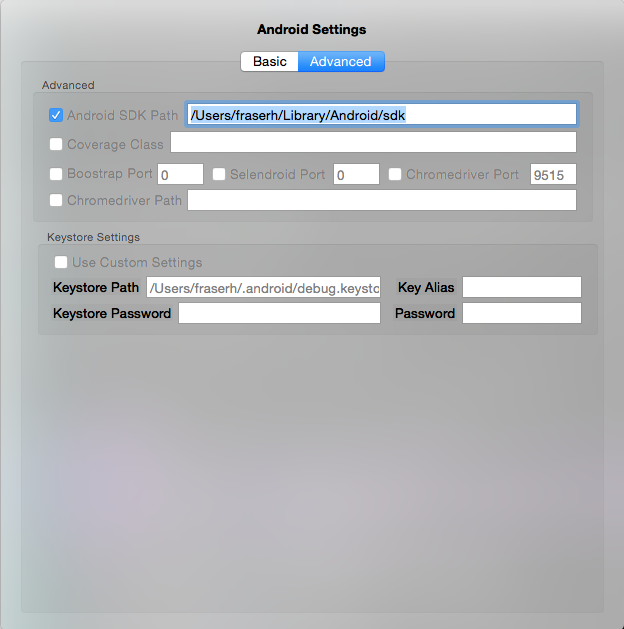 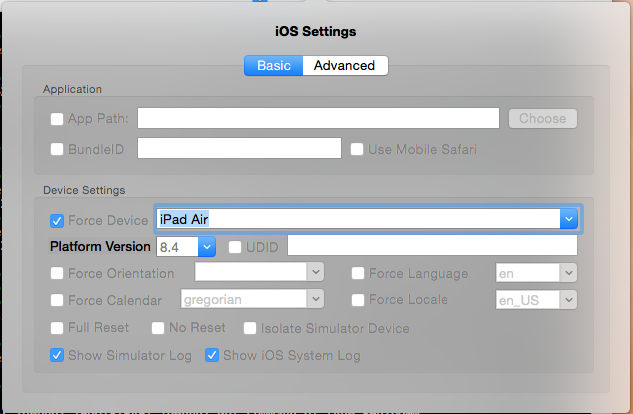 The server address here is the address and port of the Appium instance (note in my example, Appium and Karma are running on the same machine under different ports but as mentioned above, you can have the Appium server running on an entirely different machine as long as it is accessible by the Karma service) 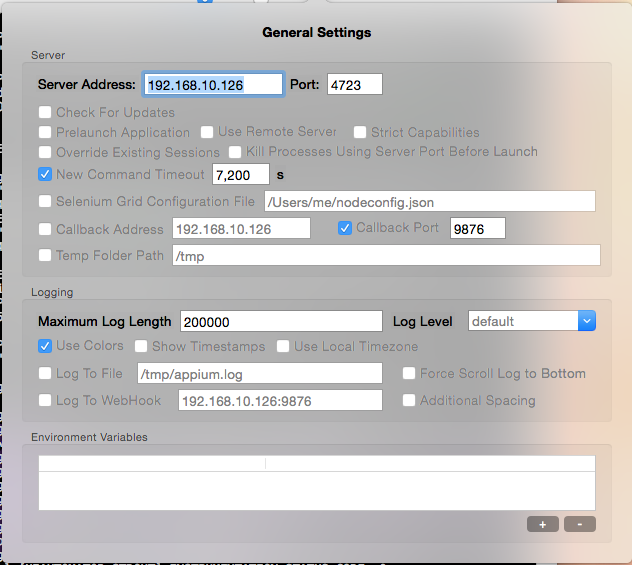 I’ve not yet solved the running of iOS and Android tests simultaneously on the same machine but I am currently trying to solve this by setting up a Linux VM on the test machine to run the Android simulator so I can pipe to 2 machines effectively and test on both at the same time.

Also to tackle is running the tests on Chrome on the Android simulator. Currently I’m only testing on the “stock” browser. Desktop Chrome tests will most likely cover me in every single instance, though for completeness I want to get this solved.